7 Deadly Sins To Avoid When Using a Hand-Held mic! 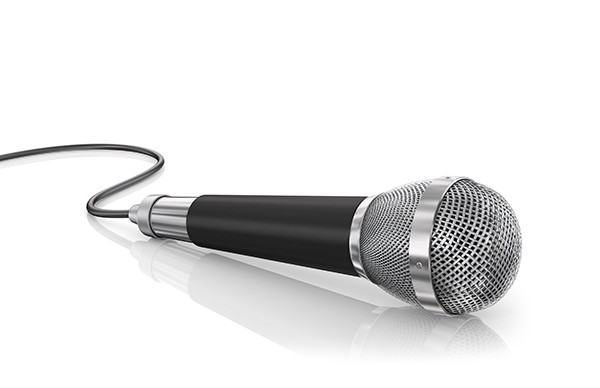 I just finished a coaching session with a pair of speakers who are co-presenting at a highly anticipated event here in Ottawa next week. The question of mics came up at the end of the session. A quick text went out to the awesome event team and an answer came back within minutes. Hand held. Easiest one to handle in some ways and the most difficult in others.

Which leads me to this list of the 7 deadly sins when using a hand held mic and how to avoid them.

Have you ever been at an event and seen this? The speaker gets out on stage, starts tapping on the screen at the top of the mic or, even worse, blowing on it, all the while asking the audience “Is this thing on”? I know I have!!

1) Do you really want the audience’s first impression of you to be one where you don’t seem to know what you are doing? Those first 7 seconds on stage are so important and will stick in the audience’s mind.

TIP: Test the system before you get on stage, know the type of mic you are using, and let the A/V team pick up the rest.

2) The second sin is tapping or blowing on the mic. This is so painful to any good mic!

TIP: Simply tap gently on the handle of the mic just below the screen. This will assure you that is is on without damaging the system.

And the confession continues:

3) Not knowing what type of pick up angle the mic has. A microphone only picks up sound in certain places, called the acceptance angle.

TIP: If you are not sure, ask the tech team. They will help you know what the best angle is for you to use.

4) Not knowing where to hold the mic. Hold it too close and all your consonants will “pop”; too far away and your audience will lose words and meaning.

TIP: Position the mic a clenched fist away from your chin, so that your breath goes over it not into it

5) Forgetting that you are holding a mic in your hands! I see this happen all the time. The speaker gets going with their exciting content and move their head one way, then another, gesturing with their hands, sometimes even with the mic!

TIP: Keep your head, body and mic hand operating as one single unit. If you turn to make a point in one direction or the other, take the mic with you! Your mouth and the mic move together!!

6) Not knowing where the audio speakers are (either on stage or in the ceiling) and creating the all too familiar and always dreaded “feedback”.

TIP: During your sound check, find out where the “shriek” spots are and make sure you are stage aware enough to avoid them!

7) Last but never least – turning down the use of one “because, I don’t need those things!”

TIP: You may not need it, think you have a loud enough voice, and can project into next week, but, your audience needs you to use it. Also, sometimes A/V teams can only record or live stream if you are mic’d.

In short, using a hand held mic well and effectively is simple but not so easy. By being aware of these 7 common mistakes (sins) and staying aware when on stage, you are well on your way to giving a compelling talk, with a well amplified message AND will have nothing to confess when you step off the stage!

You are now ready to blow your audience away – the right way!